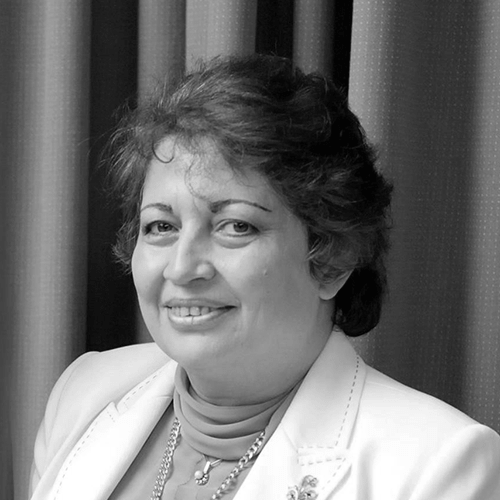 Dr. Naira Hovakimyan
Member of the Board

Naira Hovakimyan received her MS degree in theoretical mechanics and applied mathematics in 1988 from Yerevan State University in Armenia. She got her PhD in physics and mathematics in 1992, in Moscow, from the Institute of Applied Mathematics of Russian Academy of Sciences, majoring in optimal control and differential games. Before joining the faculty of UIUC in 2008, she spent time as a research scientist at the Stuttgart University in Germany, at INRIA in France, at the Georgia Institute of Technology, US; she was on faculty of Aerospace and Ocean Engineering of Virginia Tech from 2003 to 2008. She is currently a W. Grafton and Lillian B. Wilkins Professor of Mechanical Science and Engineering at UIUC. In 2015 she was named inaugural director for Intelligent Robotics Lab of CSL at UIUC. She has co-authored two books, six patents, and more than 350 refereed publications. She was the recipient of the SICE International scholarship for the best paper of a young investigator in the VII ISDG Symposium (Japan, 1996), the 2011 recipient of AIAA Mechanics and Control of Flight Award and the 2015 recipient of SWE Achievement Award. In 2014 she was awarded the Humboldt Prize for her lifetime achievements. In 2015 she was awarded the UIUC Engineering Council Award for Excellence in Advising. She is a Fellow and life member of AIAA, a Senior Member of IEEE, and a member of SIAM, AMS, SWE, ASME, and ISDG. She is co-founder and chief scientist of “IntelinAir”. Her work in robotics for elderly care was featured in the “New York Times”, on “Fox TV”, and “CNBC”. Her research interests are in control and optimization, autonomous systems, neural networks, game theory and their applications in aerospace, robotics, mechanical, agricultural, electrical, petroleum, biomedical engineering, and elderly care.