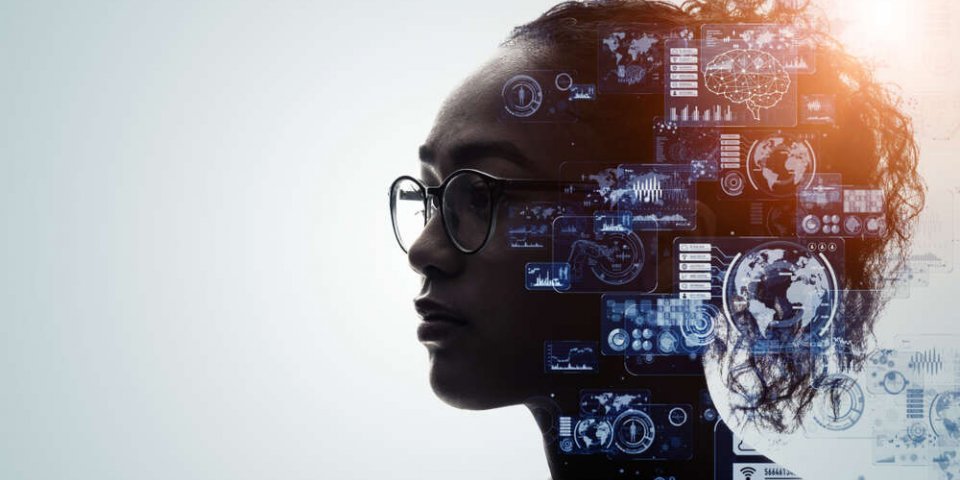 Artificial intelligence (AI) is driving our cars, recommending our next purchase, making our cities smarter, and even fighting climate change, but will it bring upon the robot apocalypse?

AI has the unprecedented potential to revolutionize all aspects of our lives and maybe even fundamentally change the way we think of being human. But with a lot of hype come a lot of myths. To understand what AI is and what it can and can’t do, it’s important to dispel the factual inaccuracies and misconceptions surrounding it.

Some worry that AI will take over the world, while some dismiss it as just another buzzword. The truth, as always, is somewhere in the middle.

Myth #1: Evil robots will take over the world

Let’s get the biggest ones out of the way first. There is always an alarming news headline suggesting that we should worry about robots rising up and killing us because they have become conscious andevil. This myth is a trifecta of misconceptions – that AI is robots, that AI will gain consciousness, and that it can be evil.

For starters, AI needs no physical body or mechanical parts. Robots are a popular representation of intelligent machines in the media, but it’s a misleading one. The main concern isn’t the machines but the intelligence itself. If some sinister superintelligence wanted to cause us trouble, it wouldn’t need a robotic body, just an internet connection.

But contrary to some popular beliefs, machines don’t pose an existential threat to humanity, at least not deliberately. AI has autonomy insofar as it can make individual decisions without direct human interference. But machines have no moral autonomy; they have no will of their own and remain tethered to the objectives assigned to them by us.

AI is neither good nor evil, it just is.

Myth #2: AI will take our jobs

Every technological breakthrough - from the engine to the first personal computer, has been accompanied with the looming fear of unemployment for the masses. There is again fear that AI will automate everything and take jobs away from people. But it is misplaced.

While AI and automation have the potential to disrupt labor (and in fact they are already doing so in many industries), it is not a straightforward transfer of work from man to machine. AI is being utilized to augment human workforces and enabling them to work in newer and smarter ways. The nature of jobs changes, and some jobs become obsolete, but new jobs and entire industries are created.

Just as we massively shifted from the agricultural fields to factory floors in the 19th century, AI will cause jobs to shift while enhancing worker productivity. It's possible that a more productive economy brought by increased efficiency and less wasted effort will give us more options for more productive and income-generating pursuits.

And then we can ask if we prefer new jobs replacing old ones, or a jobless society where everyone enjoys a leisurely life of enjoyment afforded to us by machine labor?

Myth #3: AI will only affect manual and low-skilled jobs

A counterpoint to the myth of AI taking away jobs from people is the assumption that AI can only replace routine or mundane work.

While AI is exceptionally good at narrow repetitive tasks, it is also already carrying out highly-skilled work and specialized jobs. AI applications can scan large legal documents and capture information faster than a lawyer, they can assess images and detect diseases and abnormalities in scans and x-rays faster than doctors, and process financial reports faster than any financial advisor or even a large group of them.

These capabilities don’t eliminate human involvement in those tasks but will eventually limit it to exceptional cases and an observational role. Your doctor will still have the final say in your diagnosis, and your lawyer will still plead your case in the courtroom, but AI takes out the monotone aspects of everyday work, freeing us to focus on more challenging problems.

Myth #4: AI, machine learning, and deep learning are the same

Let’s get a little technical.

Artificial intelligence (AI) is a convenient catch-all term that’s commonly used to describe a broad scope of techniques that enable computer systems to mimic human intelligence. Machine learning (ML) is one of the most popular and successful of such techniques. ML allows machines to learn patterns from past data and examples fed to it and make predictions based off them.

Although terms like AI and ML are often used interchangeably, ML is just a subfield of AI.All machine learning is AI, but not all AI is machine learning.There are other subfields such as rule-based systems, natural language processing (NLP), and computer vision (CV).

When you do a “captcha” to prove that you are human, you are training an ML algorithm to recognize objects in images.

There are many ML techniques, and deep learning is one of them. It’s a class of ML algorithms based on neural networks inspired by the human brain that can learn to recognize complex patterns.

Does your brain hurt from all this jargon? Well artificial “brains” never do because they are not like ours.

AI and machine learning models are trained on data, and most importantly good data. AI cannot make sense of broad data that isn’t processed in a way that it can digest. AI systems need high quality, curated information. A program based on machine learning finds an answer by continuously approximating and “learns” the best way to get to the answer by adjusting how it processes that data. The right data is more important than the algorithm.

AI is powerful, but still a long way from reaching the complexity of a human brain. And while deep learning, as mentioned, is built on artificial neural networks that try and emulate the way our own brains learn to recognize patterns, it’s not capable of performing the synthesis of diverse concepts and information that human thinking can.

The impression is that a program trained on machine learning can learn on its own. In reality, data scientists and specialists define the problem, prepare the data, try to remove potential biases and continually update the program to integrate new knowledge and data into the next learning cycle.

Myth #6: AI is objective and unbiased

Since every AI system is based on data, rules, and input from human specialists, the AI is not free from the biases that we suffer from. Any time we train a system on new data (especially real-world data), we introduce new unwanted biases and influences into it.

While we can try and reduce bias to a minimum, at the moment there is no way to completely eliminate it. Things like using diverse datasets, and diversity in the teams working with the AI and reviewing each other’s work can reduce selection and confirmation bias.

Carefully designing and thoroughly vetting AI systems can limit unfair biases and may even help us identify and combat bias in our own decision making, but it is not a foolproof solution, and no AI system is inherently fair or completely objective. It’s only as good as we make it.

This misconception is based on a view of intelligence on a linear scale (i.e. 1 – 10), with less intelligent animals on the lower end, and humans on the higher. On such a simplified and defined scale, it’s conceivable that AI would overtake humans and come in at the top. But it’s not how intelligence works.

Intelligence, whether animal, human, or machine, is measured in many different dimensions. In some areas like speed of calculations and memory recall AI is already far outpacing us. But in areas such as creative, emotional, and strategic thinking, AI is nowhere near and unlikely to reach us anytime soon.

It’s true that AI systems are performing increasingly complex tasks like generating music or playing chess and Go (and beating us at it), but they remain narrow in their scope and do not have the agency and creativity of humans. AI did not itself choose to create music or even understands what it is that it is doing. These systems are built by people to recognize patterns and use them to generate similar patterns based on encoded parameters and guidance.

A popular AI myth is that we’ll get a superintelligent AI this century. It’s a possibility, but it’s certainly not a guarantee. Just as we don’t have the promised fusion reactors or flying cars by now, so we may never have artificial superintelligence. It may happen in decades, centuries or never. AI experts cannot come to a consensus, and we simply don’t know.

The flip side of the inevitability myth is that superintelligent AI is not physically possible. But just as we know that the human brain consists of particles arranged to act as a powerful computer, no law of physics prevents us from building even more intelligent brain-like systems. It’s incredibly difficult and highly improbable, but not impossible.

First of all, artificial intelligence can’t solve problems it wasn’t designed to solve. AI is only as good as the data on which it is trained, and it still needs people to frame the scenarios and use cases. Within those defined parameters, AI is of great value, but it cannot define its own new scenarios in which it can operate.

This capability is referred to as artificial general intelligence (AGI) and there is an ongoing debate about when, if ever, it will be achieved. Specialized AIs are focused on performing one job or specific task, and they are very good at it. But for AI to answer broad questions and approach problems the way a human brain does requires technological breakthroughs that are yet out of reach.

There is an astonishing level of complexity in our brains, so it’s no surprise that the technology available now cannot duplicate human thought. Although we have AIs which are far better than humans at a particular task, it’s very unlikely that we’ll encounter super-human AI that is better than us at everything. So as far as we know now, we’re all we’ve got here on this planet and all we can rely on.

AI is not a panacea, and we as humans can’t rely on it to solve all our problems and resign it to free reign and judgment over us. AI is a tool, and as any tool it can be used for good or bad. What we choose is up to us.

Want to learn more about AI?

Organized by the Foundation for Armenian Science and Technology (FAST), the 4th Global Innovation Forum (GIF) on “Life-Altering Technologies” will tap into the most advanced findings from the frontiers of AI from a variety of fields and disciplines, and explore its impact on our world and our lives.

Register now and discover the most disruptive areas of science and technology, from right here in Armenia. 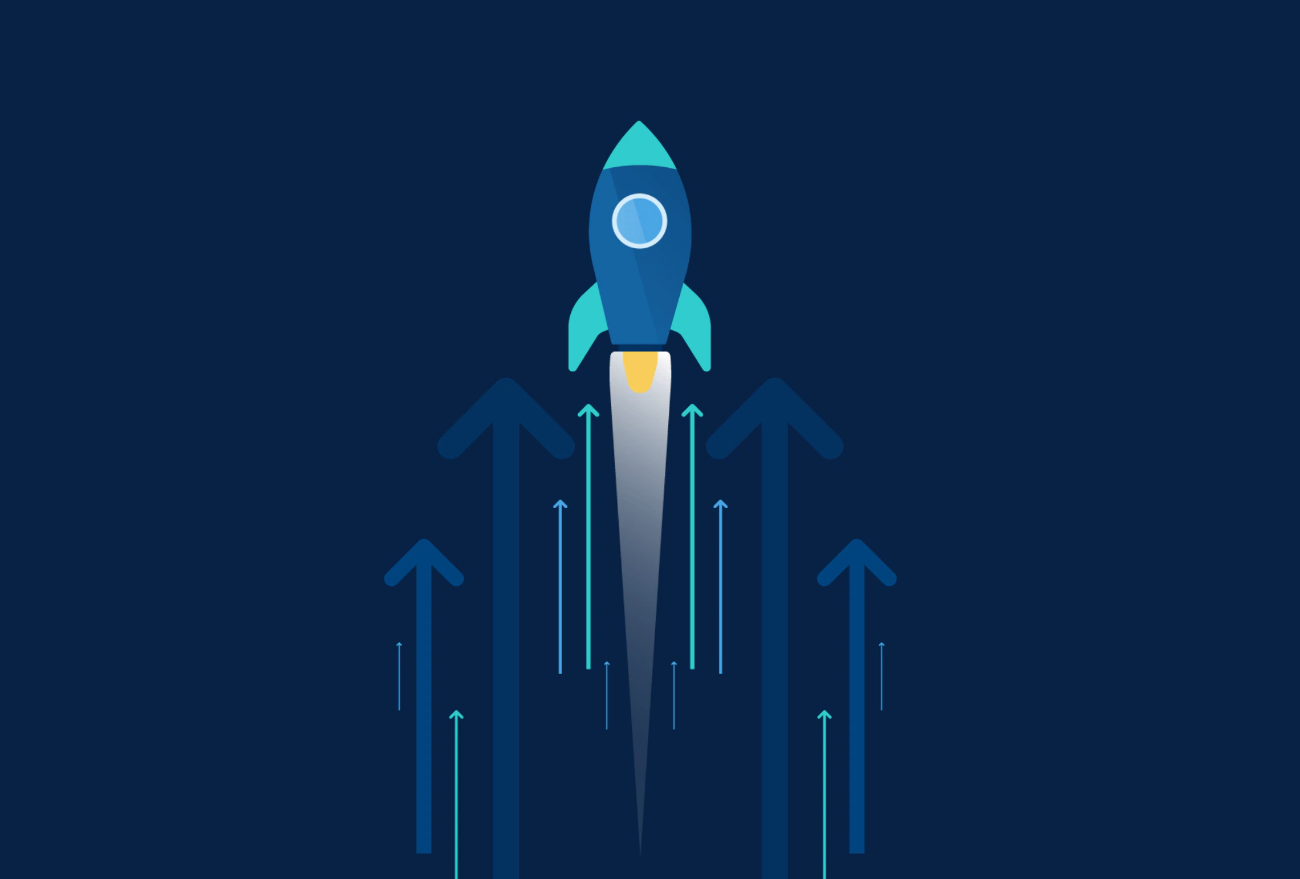 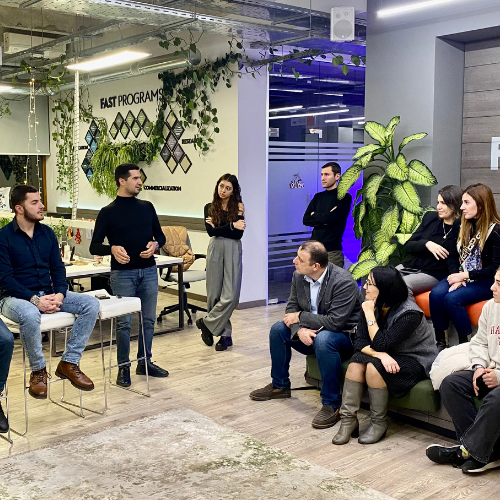