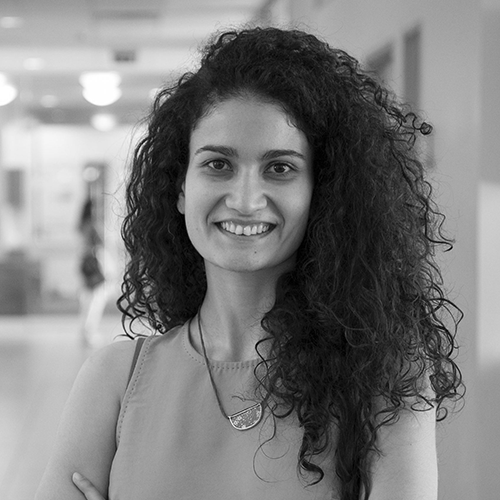 Lilit Nersisyan completed an undergraduate program in biophysics at Yerevan State University in 2010 and took two graduate programs in biotechnology at the International Scientific Educational Center NAS RA (2010-2012), and in computer science at the American University of Armenia (2011-2013). In 2009-2011 Lilit has been a research assistant in the group of Immune Regulation at the Institute of Molecular Biology, National Academy of Sciences of RA, and since 2011 have switched to the newly established Bioinformatics Group at the IMB, where she continues working as a researcher.

During 2014-2017 Lilit completed her PhD research under the supervision of Dr. A. Arakelyan and defended her thesis in 2017 at the University of Leipzig, Germany. Lilit’s PhD research topic was aimed at the development and application of algorithms for the analysis of -omics data to bring studies of telomere biology to systems scale. Currently, she is also an adjunct lecturer of biosciences at the American University of Armenia.

Her main research interests are the development and application of algorithms for the analysis of biological big data to understand mechanisms of molecular processes in health and disease. Lilit is particularly interested in integrating multiple levels of information, derived from current -omics technologies. Aside from scientific interests, she is interested in commercial applications of bioinformatics. Lilit believes that this field has promising perspectives, particularly for Armenia.