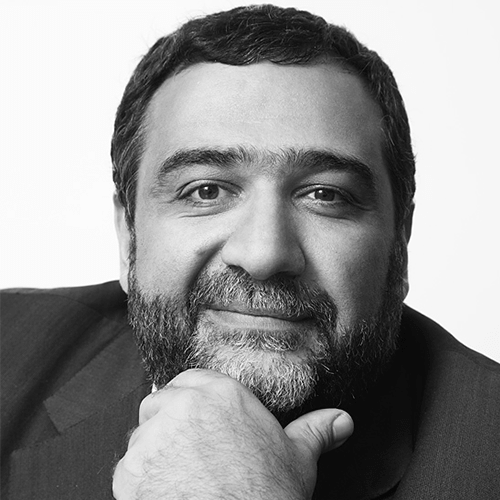 Ruben Vardanyan
Co-Founder, Member of the Board

Ruben Vardanyan is an Armenian-Russian social entrepreneur, impact investor, and venture philanthropist. A recognized expert on the global economy, entrepreneurship and education, he provides strategic consulting through his membership of boards of directors, advisory boards and trusteeships of commercial companies, non-governmental organizations, educational institutions, and public and professional bodies. Among them are Aznavour Foundation, business schools in Russia and Brazil, a major Armenian bank (Ameriabank) and Russia’s auto major (SOLLERS). A prominent financier, Ruben is known both for his commercial projects (investment companies Troika Dialog and Vardanyan, Broitman and Partners) as well as his deep-reaching philanthropic programs, such as the first UWC college in Eastern Europe (Dilijan, Armenia) and the Tatev Revival Project, part of which includes the construction of the world’s longest cableway leading to an ancient monastery. Together with their partners, Ruben and his family have invested about 600 million USD in projects in Armenia, developing a commercial approach that relies on involving blended financing to find solutions to social problems. They have also raised over 500 million USD to finance the first private business school in Russia – a pioneering institution both in terms of scale and in its collaborative nature. In 2015, Ruben co-founded another global project, the Aurora Humanitarian Initiative, on behalf of the survivors of the Armenian Genocide and in gratitude to their saviors. He spends a significant amount of his time on projects related to the development and professionalization of charity infrastructure in Russia (Philanthropy Infrastructure – PHILIN) and the questions of wealth and legacy curation (Phoenix Advisors). With support from Ruben, Troika Dialog, SKOLKOVO business school, and several charitable foundations, classics of world business literature were published in Russia. Since 2016 he has chaired the judging panel of the PwC “Business Book of the Year in Russia” Award.