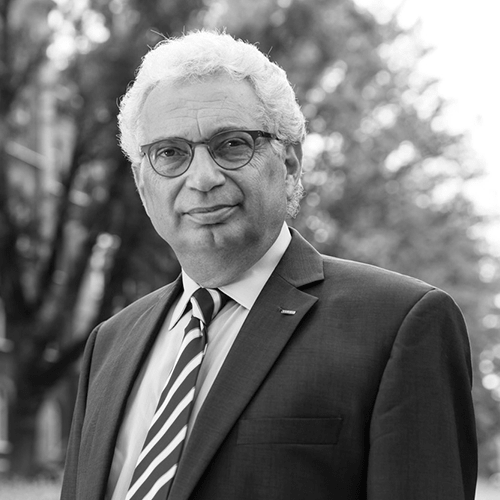 Dr. Garabed Antranikian
Chair of the Board

Garabed Antranikian studied Biology at the American University in Beirut. At the University of Goettingen/Germany he completed his PhD in Microbiology in 1980 in laboratory of Gerhard Gottschalk and since 1989 he was appointed to a professorship in Microbiology at the Hamburg University of Technology (TUHH). He coordinated EU, BMBF and DBU network projects on extremophiles and industrial biotechnology. In 2004 he was awarded the most prestigious prize for environment protection by the president of the Federal Republic of Germany. From 2011 to 2018 he was appointed as president of TUHH. Since February 2018 he is CEO of the “Center for Biobased Solutions” focusing on interdisciplinary projects on bioeconomy and Chair of the Board of Advisors of Foundation for Armenian Science and Technology (FAST).