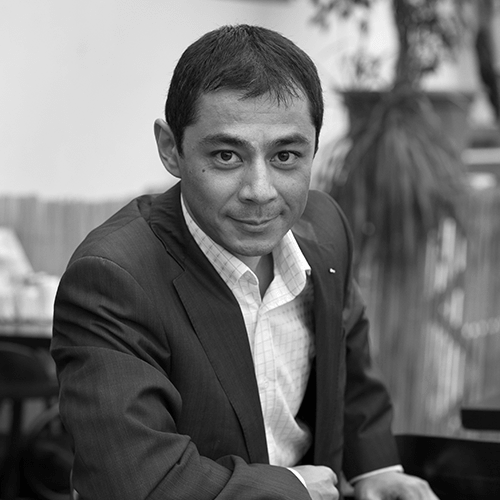 Dr.
Member of the Board

In 1989, Mr. Yang, a 4th-year student of the Moscow Institute of Physics and Technology, partnered with Alexander Moskalev of the Institute for Microelectronics Technology of the Russian Academy of Sciences to create his first company, “ABBYY”. “ABBYY” is currently over 1250 employees strong and is the leading developer of optical character recognition, linguistic and artificial intelligence technologies. With 16 offices worldwide (Russia, USA, Germany, UK, Japan, Ukraine, Taiwan, Cyprus, etc.), it sells products in more than 200 countries. More than 10 billion pages from paper documents and books are scanned with “ABBYY” technologies every year. Today, more than 40 million users rely on “ABBYY FineReader” and “ABBYY Lingvo” solutions. In addition to “ABBYY”, the entrepreneurial Mr. Yang is active in a variety of other projects: launched “Cybiko”, a hand-held wireless communication computer for teenagers (USA, Taiwan, Russia, 1998-2003); participated in the development of the “ATAPY Software” (www.atapy.com, 2001); founded “iiko”, a company that develops integrated software solutions and innovative management systems for the restaurant and hospitality industry (www.iiko.ru, 2005); involved in a number of creative art-based ventures, including the “FAQ-Café” studio (www.faqcafe.ru, 2004), “ArteFAQ” club-gallery (www.artefaq.ru, 2007), “DeFAQto” bar (www.defaqto.ru, 2010); actively participated in a number of charity organizations and educational projects, such as the “Ayb” Educational Fund (www.ayb.am, 2005), in the operation of MIPT Supervisory Committee; founded “Plazius”, mobile payment and loyalty system (2015); founded “Findo”, AI-based smart search assistant across email, files and personal cloud (www.findo.com, 2016). David Yang is among the world’s leading high technology entrepreneurs. The World Economic Forum in Davos named Mr. Yang as one of 100 World Technology Pioneers in 2002. He received the esteemed Science and Technology Prize from the Government of the Russian Federation and has been ranked among the top 20 technology professionals by numerous Russian computer industry magazines. In 2011 David Yang became a winner of the prestigious “Aristos 2011” Award in Russia, in the “Innovative Company Leader” category. David Yang is a regular member of the jury at Russia’s innovation and startup project competitions such as “Technovation Cup”, “Startup of the Year”, and the Forbes Startup Competition. Mr. Yang is the author of numerous patents and scientific publications. His other areas of interest include modern art, architecture and social communication technologies. In 2013 David published his book “Now I Eat All I Want!” (available for free in English and Russian).