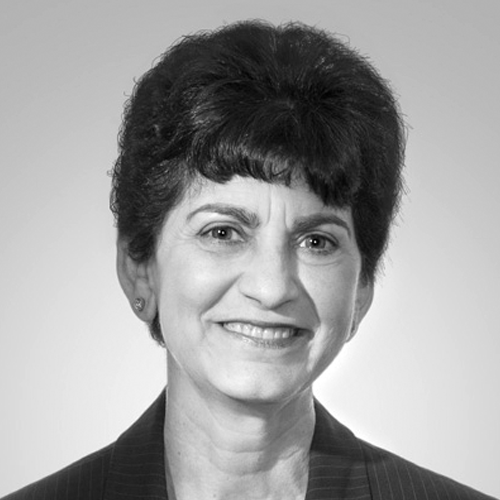 Dr.
Chair of the Board

A seasoned leader with nearly 35 years of experience as a university professor, academic and administrative leader, Dr. Mary Papazian most recently served as the 30th president of San José State University (SJSU), the founding campus of the California State University system and Silicon Valley’s public university, where she guided SJSU through the Covid-19 pandemic and the multiple crises all universities faced during this period. Prior to joining SJSU, she served as president of Southern Connecticut State University (SCSU) in New Haven, CT. Her decade-long tenure in leadership at both institutions centered on institutional transformation, organizational development, community partnerships, inclusive excellence, global education, digital transformation, strengthening research and graduation education, and addressing barriers to educational equity and student and faculty success. Under her leadership, SJSU was named the #1 most transformative university by Money magazine and received the Platinum award and the Best Achievement in Operational Excellence to deliver Digital Transformation award at the Business Transformation & Operational Excellence Industry Awards.

A scholar of Early Modern British Literature, Dr. Papazian holds B.A., M.A., and Ph.D. degrees from the University of California, Los Angeles.She and her husband Dr. Dennis R. Papazian, founding director of the Armenian Research Center at the University of Michigan, Dearborn, along with their two adult daughters, remain actively involved in Armenian historical, cultural, and educational efforts. In addition to serving as Chair of the Foundation for Armenian Science and Technology, Dr. Papazian recently was appointed to the Haigazian University Board of Trustees and serves as Vice Chair of newly formed Armenian Society of Fellows. Dr. Papazian received the Sts. Sahag and Mesrob Medal from His Holiness Karekin II (2016), a Medal of Distinction from the Armenian Diaspora Ministery (2016), and was named Person of the Year by the Knights of Vartan (2018) and Woman of the Year by the Daughters of Vartan (2018). She received the Khachadur Abovian Medal from the Armenian State Pedagogical University, and she and her husband Dennis received Honorary Doctorate degrees of the Armenian State Pedagogical University (2012).