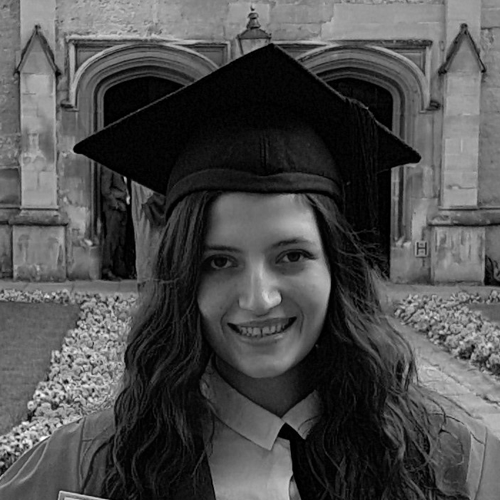 Ani Nersisyan is a quantum engineer at Rigetti - a full-stack quantum computing company based in Berkeley, CA. She is responsible for the design and performance of the quantum chips. Prior to this, she was a lead research scientist at Zedsen, a London based startup developing sensors for applications in medical imaging, security, robotics, and pressure sensing. She was primarily working on FEM simulations of the sensors. She received a DPhil in physics from the University of Oxford in 2016. In 2013, she was awarded Arthur H. Cooke prize for distinguished scientific work as a DPhil student. Ani received a master’s degree in physics from ETH Zurich in 2012. She worked at Princeton University in 2011-2012 as a visiting research collaborator. In 2010, she graduated from the Physics department of Yerevan State University with honors. Ani holds numerous awards and competitive scholarships from AGBU, AIWA, Gulbenkian, Hovnanian, and other foundations. In 2006 she was awarded a graduation gold medal for academic excellence at Quantum college. Throughout her career, Ani has taken up various social responsibilities in her community. She was the president of the Oxford Armenian Student Association from 2012 to 2013. Between 2013 and 2016 she was the vice-chairman of Oxford Armenian Mission Parish. In 2015 she was elected as a graduate student representative at the Physics department, University of Oxford. Between 2012 and 2016 she was a lead soprano in London Armenian Opera and Oxford Armenian Choir.