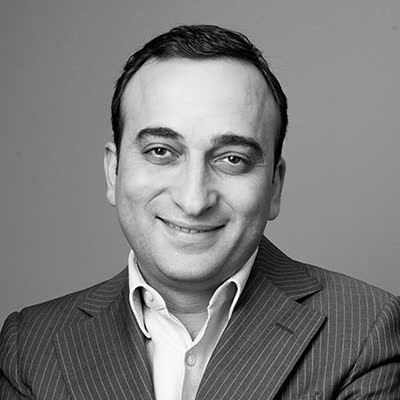 Gor Nakhapetyan is an entrepreneur and philanthropist with a wide spectrum of interests in the fields of social entrepreneurship, human capital, creative industries, and alternative education and is currently a member of the supervisory board of Multimedia Art Museum, co-founder of FRIENDS Foundation, co-founder and chairman of the board of Robots, and rector’s advisor at Moscow School of Management SKOLKOVO. Gor is also a renowned inspirational public speaker.

Gor started his career in 1992 at DialogBank. In 1993 he joined Troika Dialog and worked at ground zero of the company. In 1994 he created a comprehensive back-office function to become its head afterward. Later he led the group for special projects development; in 1996 Gor created and headed Troika Dialog Asset Management on the basis of those projects. He participated in the creation of several mutual funds, including Troika Dialog – Ilya Muromets, Troika Dialog – Dobrynya Nikitich, and Lexington Troika Dialog Russia Fund. From 2001 to 2003 he took part in the acquisition and restructuring of Rosgosstrakh, the leading Russian insurance company, taking up a position as its vice-president.

Gor was the head of the Presidential Executive Office, managing director at Sberbank CIB. Since 2006 he has been a member of the Moscow School of Management SKOLKOVO Coordination Council and is one of the key founding members of the school. Gor was also the COO of Moscow School of Management SKOLKOVO from 2009 to 2011, and the head of the Alumni Relations Board from 2014 to 2016, responsible for cooperation with alumni associations, clubs, and entrepreneurial community.